The Confession Debuts on The Hallmark Channel 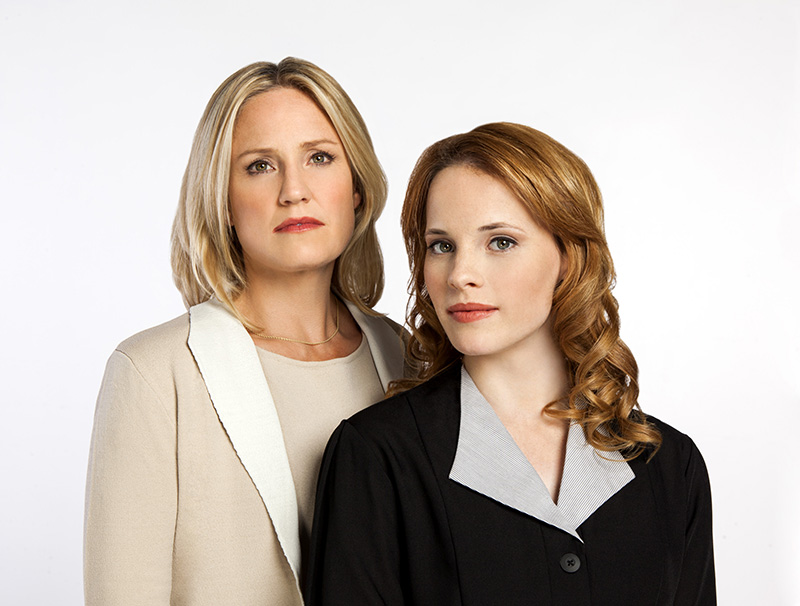 The dramatic sequel to Hallmark Channel’s highly acclaimed original movie, “Beverly Lewis’ The Shunning,” which first premiered in 2011, is based on the second novel of The Heritage of Lancaster County Books  from New York Times best-selling author Beverly Lewis.  The series is based on some of the heartbreaking experiences of Lewis’ maternal grandmother, who was born into the Old Order Mennonite Church, which became the genesis of Lewis’ fascination with her Plain heritage.

Katie Lapp (Leclerc) is an innocent young Amish woman who has ventured out of her small Lancaster community for the first time after a painful incident led to her “shunning” from the very township that raised her.  As she takes on the unfamiliar outside world, she is desperate to track down her birth mother, a wealthy and generous woman named Laura Mayfield-Bennett (Stringfield) who is sadly dying of cancer.  With only a few months to live, Laura and her husband Dylan (Adrian Paul, “Highlander”) prepare Laura’s estate and will. When Dylan, a greedy gambling addict, finds out he will inherit close to nothing from his wife, he hires

an out-of-work actress, Alyson (Julia Whelan, “Once and Again”), to feign as Laura’s long-lost Amish daughter—hoping Laura will take the bait and leave her entire estate to her only child.

Believing her daughter has finally returned to comfort her in her last days, Laura welcomes Alyson into her home at the same time the real Katie finally arrives at her door.  Soon, a case of mistaken identity—and the unexpected return of Katie’s mysteriously missing Amish boyfriend—leads Laura to the cruel conclusion of betrayal in this heartening Amish story of long-kept secrets and a family’s true faith in love. 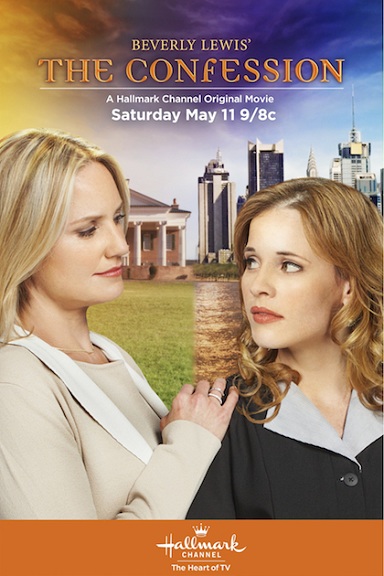 “Beverly Lewis’ The Confession” is a Believe Pictures and Lightworks Pictures Production in association with Mission Pictures International.  Brian Bird, Maura Dunbar and Michael Landon, Jr. are the executive producers.  Cindy Bond and Chevonne O’Shaughnessy are co-executive producers.  David R. Kappes is the producer.  Michael Landon, Jr. directed from a script he co-wrote with Brian Bird.  Based on the book by Beverly Lewis.

Beverly Lewis is America’s foremost author of “plain heritage” literature and is the author of more than 70 books.  Ms. Lewis’ father was a pastor in Lancaster County, heart of the Pennsylvania Dutch community and part of the sub-grouping of Mennonite churches who believe in simple living, plain dress and reluctance for modern conveniences.

Hallmark Channel, owned and operated by Crown Media Holdings, Inc., is a 24-hour basic cable network that provides a diverse slate of high-quality entertainment programming available in high definition (HD) and standard definition (SD) to a national audience of 87 million subscribers. Hallmark Channel is the nation’s leading destination for quality family programming with an ambitious slate of original TV movies and specials, as well as some of television’s most beloved sitcoms and series, including The Golden Girls, Frasier, and Happy Days. The channel is also home to a range of lifestyle programming, anchored by Home & Family, a daily two-hour live show shot in a fully functional house located on the Universal Studios lot, and Marie, a one-hour talk show hosted by iconic entertainer, Marie Osmond. Hallmark Channel's sibling network, Hallmark Movie Channel, also available in HD and SD, focuses on family-friendly movies with a mix of original films, classic theatrical releases, and presentations from the acclaimed Hallmark Hall of Fame library.

"You have shown me the path to life, and You make me glad by being near to me."

I was nine years old when I first began writing stories, around the time I learned of...